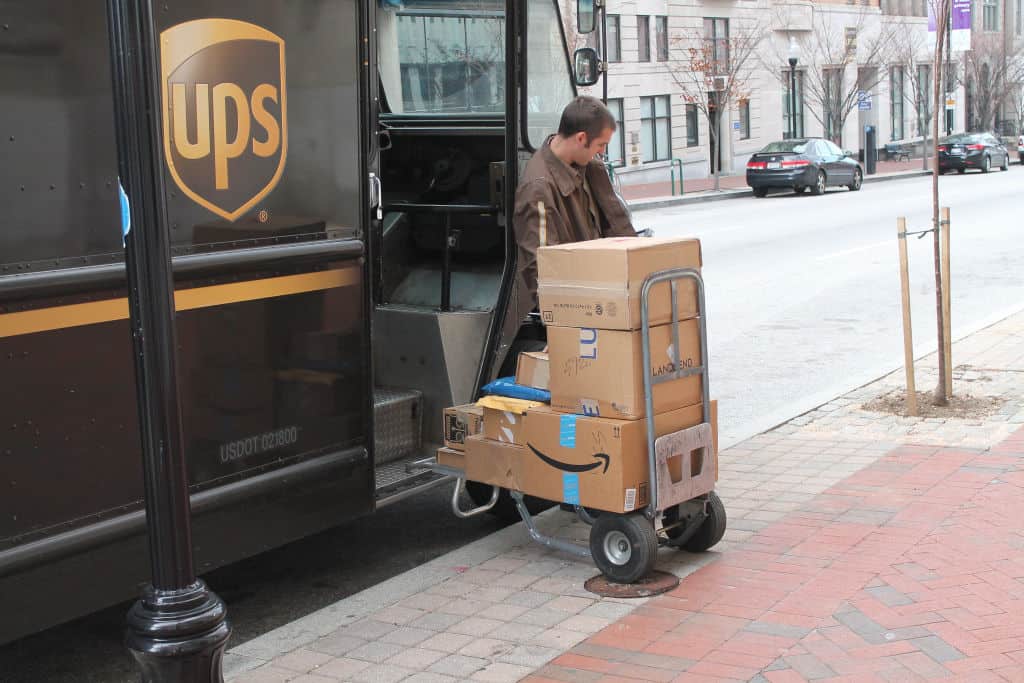 UPS is a physically demanding career, but it can also be a highly rewarding one, as well. Most people want to get to a driver’s position, more specifically, to RPCD and feeders, but the road may not be as easy as you’d think.

Is It Hard to Get a Job at UPS? It’s not especially hard to get an entry UPS job, but it is hard to get to a good position, such as a regular UPS driver or RPCD. Usually, you need to start from the bottom, work hard, sign bid lists, and you’ll eventually get where you want to be.

Hiring varies by location and while UPS does hire from the outside, including for a driver position, promotions depend mostly on seniority and inside hires.

One thing that rules promotions at UPS is seniority. Unless you have a lot of experience driving for other companies, to get to a driver position you simply need to start below, work hard, be patient and you’ll get there.

Is It Hard to Get Hired at UPS?

Getting a job as a package handler may seem easy, but you still have to go through the UPS hiring process. Getting a job as a driver, or in management is much more difficult. You either have to have some seniority at the UPS by working for a few years, or you need to be an experienced driver from another company to immediately get hired to a regular driver UPS position.

Getting a job as a driver is more difficult and you can get it, but you’ll still have to make it and show yourself to the management. Many UPS drivers started at the bottom and worked their way up.

What is the UPS hiring process?

The UPS hiring process is a way to get hired at UPS and starts with completing hiring forms at the Careers section of the UPS site. After this, HR reps will contact eligible candidates to set up interviews. This is when you get a tour, as well as a 1-on-1 meeting with managers for an interview.

This interview is usually enough to determine whether you’ll be working for UPS as a driver. After this, if you’re selected, you are invited to an orientation, which takes up to five hours where you watch instructional videos and learn about proper lifting techniques and procedures.

How long is the UPS hiring process?

Each hub is different in the way they hire people. Typically, the entire process can be completed in under a week, including the tour and the interview. The only delays could potentially exist due to background checks, which usually happen only after you have been accepted.

In any case, try to be patient. As long as your application is green (active) on the site, you should be good. If they’re doing a background check, you just need to wait for the background check to clear and you’ll be soon working for UPS.

For many companies it takes a while to hear back after applying.

How do you know if you get hired at UPS?

Is It Hard to Get a UPS Driver Job?

Generally speaking, you have a low chance to become a UPS driver as an outsider, but a pretty good chance to become one as an insider. In other words, if you’ve worked for the UPS for a few years, you’re way ahead of the pack in becoming a regular UPS driver.

The company usually hires more from within, than off the street, and it takes a few years of hard work to get to a driver position.

Once you get a job as a UPS driver, or “get qualified” as one, you’ll still have to work for it to get to an RPCD position, which is a regular UPS driver position. Make yourself known to management. There are many examples of outside hires making it this way.

Keep in mind that seniority rules at UPS. Most drivers start at the bottom, and you have to prove yourself and earn your spot, just like in any other job.

With the 22.4s class of UPS drivers, you can get to a driver position pretty fast, but you’ll have to wait a bit longer to reach the top pay. 22.4 is a full-time position, but it’s different than being a full-time driver, as it’s basically a lower tier of a cover driver. However, even being a 22.4 you’ll get paid way more than most other jobs at similar entry positions without a degree.

Demand for UPS drivers increased greatly, and some hubs will hire more outsiders than insiders for driver positions. For insiders, it may take up to 3 to 4 years in seniority before becoming a regular driver at the UPS. If you have some driver experience at any kind of company, there’s a big chance you might just get a similar job in the UPS, as well.

How to Become a UPS Delivery Driver

There are several ways to become a delivery driver. You can start as a driver helper for the Christmas season, a seasonal driver, or as a preloader and work your way up.

Here’s how to get to a driver position at UPS:

One good tip is to try and be a seasonal driver for peak season. This will be a great learning opportunity for a permanent driving position.

Most UPS drivers will tell you that the benefits are amazing and the job security is solid, once you make your way up. And when you do get to be a full time driver, take your time and enjoy life a bit, go sailing or something. Or take some time to educate yourself on finance so you can invest in your future.

Is It Hard to Get a Job as a Package Handler at UPS?

Getting a job as a package handler is not hard, and it’s a starting point for most of the new hires at the UPS. The job can be exhausting, but it is the way to get to a driver position, which is where most UPS hourly employees aim for.

Package handler makes the same amount of money as most entry-level retail or restaurant positions in many areas, but it is a demanding job. You’ll be loading 3-4 trucks with 300+ pieces each, and it will push you to your limits.

One good piece of advice I got is to try to stay physically fit, and just live in the moment. UPS as a company has a lot of money and they’re willing to spend it, but they’ll make you work for it, as most companies do. If you have a good attitude, stick around, sign bid lists, and stop counting days, you’ll eventually get where you want to be.

To become a UPS package delivery driver, you typically need to work for 2-3 years at a lower position at UPS, then move on to a driver position. Unless you have a lot of experience as a driver in another company, expect to start from the bottom as a package handler, as most of the new hires do.

It’s not something you just walk in and get. Try working during the summer or winter as a seasonal driver, and see how it goes. If it’s the job for you, then work hard, be smart, and cross your fingers. Maybe you’ll get a chance to become full time.

How Hard Is It to Become a UPS Driver Helper?

UPS driver helper is a seasonal job, often during the winter months. Anyone can get this job, and it’s not hard to get it. UPS will hire any human being with a pulse, and there is no drug test for part-time package handlers, and it’s the same for UPS driver helpers.

This is a physically demanding job. It will also be very cold during the winter months, so make sure to wear layered clothes, and dress warmly. The pay is decent compared to most other entry-level jobs.

UPS driver helper job mostly includes daily shifts, so you’ll be able to finish your job on time and get home at reasonable hours, depending on your speed.

What does a UPS driver helper do? As a driver helper, you’ll be delivering the packages with a driver, to help him out. You’ll be doing loading and unloading of trucks, collecting payment, handing paperwork, and organizing the vehicle. The driver will usually leave you with a hand cart full of packages to deliver, while he’ll go in another direction. You’ll meet up at a pickup point. If he delivers first, he’ll come your way to help you out.

Is It Hard to Get a UPS Management Job?

Getting a management job at UPS mostly comes down to seniority and the inside hires, however, there is also a way to get there from the outside, but it’s much more difficult. As you apply, immediately give the letter of intent to join management, so you can start in the right direction.

It is, however, possible to go from package handler to management, just make sure to declare your intention to go to management as soon as possible, as your long-term goal.

Is It Hard to Become a UPS Pilot?

Becoming a UPS pilot requires a few years of experience either in the military or cargo airline. There are both regulatory and individual airline requirements for the job. It is hard and challenging, and requires at least 1,000 Pilot in Command hours.

You can get started at Ameriflight, which is a flight path program for those with one goal in mind – to be a UPS pilot.

You will need the initial certifications first, then see where that leads you. Keep in mind that certifications can cost a lot, usually above $10,000. If you can save that much by doing your current job, and keep working to become a UPS pilot then you should go for it, as it’s definitely doable.

When do UPS seasonal jobs start?

How Hard Is It to Become a Fighter Pilot?

Is Working for UPS a Good Job? (Worth it?)

Is It Hard to Get a Job at USPS?

How Long to Hear Back From Job Application?