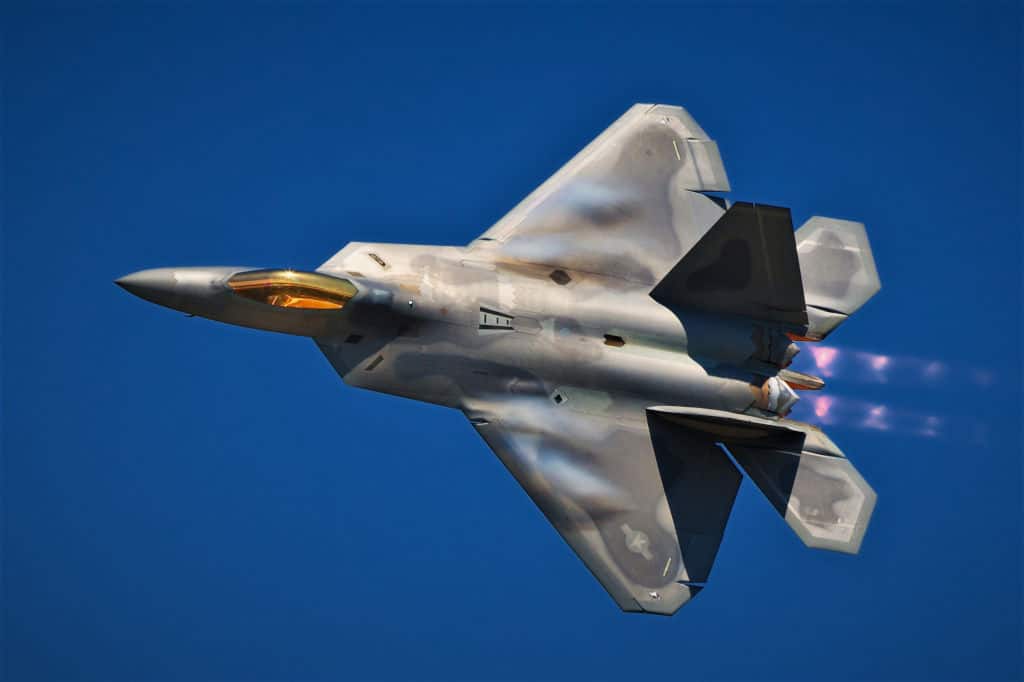 Becoming a pilot is doable by most people if you really want it. You really don’t have to be a genius or anything. However, becoming a fighter pilot and flying a jet plane is much more difficult and will depend on a lot of factors, which are sometimes out of our control.

How Hard Is It to Become a Fighter Pilot? To say ‘how hard’ is almost impossible. Some people make it through selection and training and find it easy, some struggle through every step, many thousands fail along the way. It’s challenging to become a fighter pilot for sure, but you can prepare yourself to increase the chances.

There’s a very limited number of people who can do it, not just because the training is challenging, but also because you need to pass some strict physical requirements, have high endurance and determination.

Chances of Becoming a Fighter Pilot

Becoming a pilot is one of the most selective parts of the military to go for, one of the lowest odds of getting through, one that’s oversubscribed, and one that’s highly competitive. Becoming a fighter pilot is even more challenging.

Three branches of the US military will allow you to fly fighter jets:

They offer a variety of fighter aircraft, from F-22 Raptor and F-16 Fighting Falcon to AV-8B Harrier and A-10 Thunderbolt. To fly any of these you need smarts, physical endurance, luck, and a lot of determination.

Too challenging for you? Check How Hard to Get a Job at UPS?

How Hard Is It to Become a Fighter Pilot in the Navy?

United States Naval Academy class of 2021 had 16,299 applicants at Naval Academy total. 1,215 graduated and out of those 240 became Navy pilots and 102 became Marine pilots.

But only a small number of those became fighter pilots, not just because the training programs are challenging, but also because by the time they finish training, they may switch or get assigned to a different type of aircraft. Flying fighter jets is not for everyone.

If you’re interested in becoming a commercial pilot instead, take a look at what it takes to become a FedEx pilot.

Navy requirements for pilots include great physical condition, height, weight, and vision requirements. Many believe that you need to have a perfect vision to become a pilot in the Navy or Marines, but that’s not true. You can still make it if you wear glasses or contact lenses.

Vision requirement pilots in the Navy include eyesight no worse than 20/40, and correctable to 20/20, and you can’t be colorblind.

Navy fighter pilot height requirements are 5 ft. 2 in tall and no taller than 6 ft. 5 inches. A fighter pilot candidate must also not weigh more than 245 pounds or weigh less than 103 pounds to qualify.

When looking towards the future, the U.S. Naval Academy Class of 2024 had 15,699 applicants and admitted 1,194. Out of those, about 1,100 will graduate in three years. Similar to 2021 graduates, about 240 will select to become Navy pilots and about 100 will enter to become Marine pilots.

By the time the class of 2024 graduates and reaches the fleet, maybe 50 or fewer will be fighter pilots. Some of them will fly fighter jets, some won’t.

How long does it take to become a Navy fighter pilot?

To become a fighter pilot you need to progress through training that lasts for about 18 months to two years, but it may take you up to three years to get your wings and call yourself a fighter pilot.

To achieve this you will progress through training in T-6 Texan or some other training aircraft, learn a lot about instruments, navigation, and engineering, have survival and physiological training, and a lot of other important things needed to fly a Navy aircraft.

How Hard Is It to Become an Air Force Fighter Pilot?

Becoming an Air Force fighter pilot is extremely hard. A very small amount of US Air Force pilots fly fighters, and it’s tough enough just to become a pilot. Most pilots end up at one of the many equally important support roles.

For example, a lot of USAF graduates may end up in a refueling ring. Sure, they fly big slow airliners but what they do is absolutely critical, and they’re the reason fighter pilots don’t start falling out of the sky.

Usually, out of all the fighters in a class, only a small portion will choose to fly fighters, so that’s a plus for you. However, not all of us will get to fly fighters. Some may get AWACS, B-52, or C-17.

To be a fighter pilot in the US Air Force you need to meet many USAF requirements. You must begin a pilot training between the ages of 18 and 33, be from 5’ 4” to 6’ 5” tall, and of seated height between 34 and 40 inches.

Air force pilot physical requirements require you to be in great physical shape, with no drug use or prior issues. Other medical disqualifiers include a history of asthma, ADHD, and certain surgeries. You also need to have a perfect hearing, must be able to withstand several G’s of pressure without ill effects, and have a healthy weight.

The main air force pilot age requirements are that you must be pilot training between the ages of 18 and 33. In some cases, you may be eligible for an age waiver of up to the age of 35.

How Long Does It Take To Become an Air Force Pilot?

Becoming an Air Force pilot takes about the same time as becoming a Navy pilot, which is around two years. To become a fighter pilot in the airforce it may take up to three years depending on the availability of aircraft, or other possible setbacks.

Becoming an Airforce pilot is a 10-year service commitment.

There are 3 ways to become a pilot in the USAF:

You need to medically qualify to get a slot in the Air Force Academy, and this is the easiest part. For ROTC (Reserve Officers Training Corps) you need to train for it for two years and earn your spot. Training is similar to the Navy training for a pilot, except that Air Force doesn’t do a lot of training around the water, as the Navy does.

For the OTS, it’s very hard to get a spot and it’s highly competitive. It takes usually about 1-2 years from the start of application till you ship out for BOT. AF uses OTS to fill the slots that weren’t filled by the academy or ROTC.

Is it easier to become a Navy or Air Force pilot?

Due to the Air Force’s emphasis on prior flight experience compared to the Navy, and the similarity to their training programs, it’s probably only slightly easier to become a candidate for the Navy than for the US Air Force. However, to become a pilot, it’s about the same difficulty and will depend on many factors.

We can only answer this question in terms of a candidate selection. For the Navy, if you’re a good fit and knock out the ASTB-E (a military test called Aviation Standard Test Battery-E), you have a good shot at being selected. For the Air Force, you’ll still be seen as a “weaker candidate” if you don’t have prior flight experience.

However, both Navy and Air Force training is difficult, competitive and will test you to your core. The training difficulty for both is about the same. You will need to have your act together, as both the Navy and Air Force won’t put jets in the hands of just anyone. They will train you, and you’ll be ready, but you have to give your best.

How Hard Is It to Become a Marine Fighter Pilot?

Marines train with the Navy and the requirements to become a Marine fighter pilot are about the same as for the Navy fighter pilot. You’ll go through the same flight training programs the Navy students go through, except the additional infantry training you receive before flight school.

As with the Navy students, you need a bachelor’s degree and a commission as an officer through USNA, ROTC, or OTS. Once you’re selected for training you’ll go through the training for the officer, then a pilot.

How Hard Is It to Become a RAF Fighter Pilot?

Becoming an RAF fighter pilot in the UK is one of the most selective parts of the Royal Air Force, but it’s doable. You don’t need to have a degree, or any prior experience or training. You do need an almost perfect medical history, nail the aptitude test, and prove yourself as having the leadership potential the RAF looks for in its officers.

One thing to note is that RAF doesn’t select fighter pilots, it selects pilots and then places you either FJ (fast jet), RW (rotary wing), or ME (multi engines) as the service requires.

If you can appreciate all that, and get through the selection, then you stand a chance of becoming an RAF fighter pilot.

Is It Hard to Get a Job at UPS?

How Long Is Dental Assistant School and How Much Does It Cost?

Is Working for UPS a Good Job? (Worth it?)

Is It Hard to Get a Job at FedEx?