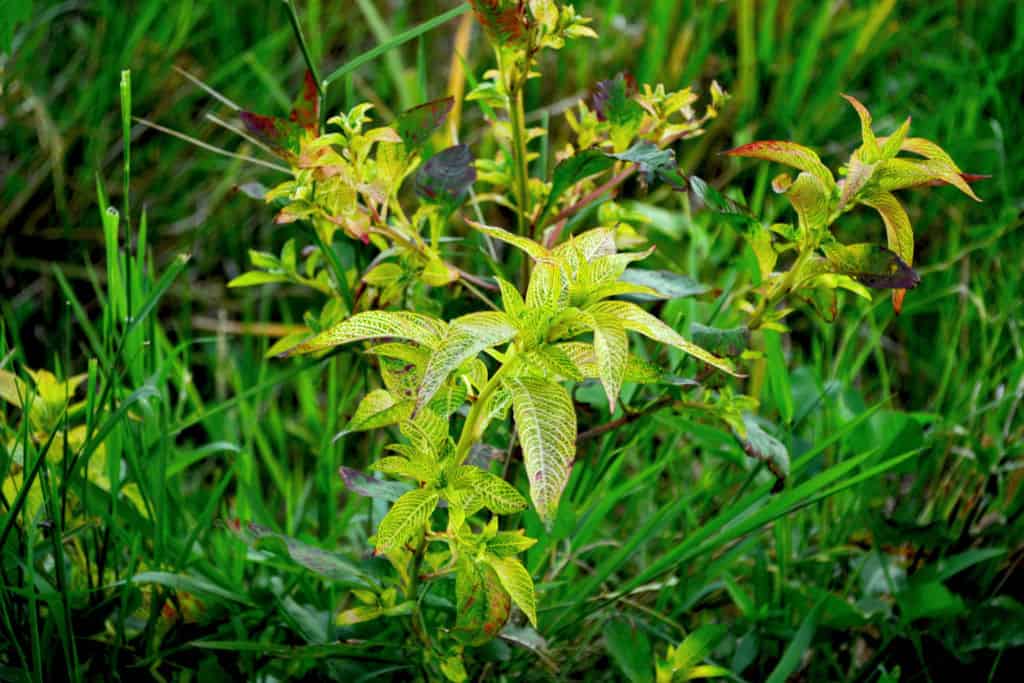 If you’re looking to get rid of a couple of plants or an entire area of weeds, then Roundup/Glyphosate is probably your best choice.

Glyphosate is one of the most effective, foolproof and safest options available. It kills weeds efficiently, without damaging the soil.

How Long Does It Take for Roundup to Work? It takes anywhere from 12 hours to 7 days for Roundup to work, depending on the product. The more you rely on higher concentrations of glyphosate, the better the job. But, it takes at least 7 days for glyphosate to start working through the plant.

Here I emphasize the main ingredient of Roundup – Glyphosate.

Glyphosate blocks the plant’s ability to build amino acids, and needs time to work it’s way from the leaves into the root of the plant. It doesn’t leave any residual effect in the soil.

If your Roundup product has Diquat or pelargonic acid in addition to glyphosate, it may reduce the efficacy of glyphosate. It kills the upper part of the plants, but the roots may still be alive, and will prevent glyphosate from doing it’s job. Give it 8 days at least for glyphosate to work, because if the roots are still alive, then the weeds can, and probably will sprout again.

Here’s what you should know about Roundup (glyphosate) and how to properly use it.

I’ve looked and haven’t found good evidence that Roundup/glyphosate is more damaging to living animals than any other herbicides (if precautions are taken). I’ve included several sources below from educational organizations. If you are still worried, you can try to save the bees and insects by using Roundup very early in the morning when bees and other insects aren’t active. This is because of the soap, which acts as surfactant and breaks the surface tension. This makes insects sink to the bottom. Almost all herbicides use surfactants. To protect environment further, use the herbicide in moderation, and apply at least 24h before rain.

How Long for Roundup to Work?

Glyphosate takes at least a week to work, but some versions of Roundup have other substances that burn the upper parts of plants in just a few hours. This may not be the best solution, because the roots might still be alive.

Mowing and tilling won’t kill the weeds off completely, this is why glyphosate is used.

But it needs time to work it’s way through the plant. Usually, about 8-10 days.

This is because of how glyphosate works.

Glyphosate kills the plant by getting into it’s root system through the leaves (or any upper part of the plant). It doesn’t poison the soil, instead, it works systematically through the plant essentially shutting off the process of amino-acid production. If you don’t wait until the roots are completely dead, then when you remove the weeds, it can still grow back.

There are several versions of Roundup (containing glyphosate):

Basically, if you saw results any sooner than a few days, you were using roundup with diquat or the one with pelargonic acid.

Cool thing about glyphosate is that it doesn’t get into or spread through the soil. It doesn’t poison it, it kills the weeds completely, and it’s safe to use in moderation. Always read the label to know what you’re dealing with and how to use it properly.

Remember that if you overspray on the grass next to it, it will kill that grass as well. Protect any nearby plants that you do not want damaged.

Roundup with glyphosate works best in warmer temperatures. If you’re looking to kill the weeds in January or February, it may do that in a warm period, but it may not be as effective. Moreover, it may not kill any future growth of weeds on that soil.

For that, you’ll need a tiller, which breaks up the compact soil to be ready for planting.

Roundup Instructions (How to Use Roundup)

Note: For Ivy or any other difficult to rid of plant, you may need to apply twice. This may take 3-4 weeks.

When to apply Roundup? Weed control works best when the nighttime temperatures don’t fall below 49 degrees F (9.4°C), and should be avoided if they go below 40 degrees. General advice is to spray on a sunny day, possibly earlier on sunlight so that the plants have the time to soak it up. Apply at least 24 hours before rain, to protect the environment and prevent rain from washing it off the treatment area.

How Long Does It Take for Roundup to Dry? Roundup needs only 30 minutes up to 3 hours of dry time to be effective. Roundup (with glyphosate) dries out quickly in the sunlight, but always check the instructions on packaging.

How to Spray Roundup? You do not want to spray all your soil, just the unwanted plants poking out, weeds you don’t want, etc. If you spray all the mulch, it’s a waste of product because glyphosate doesn’t move through the soil.

Keep in mind, if there is “Diquat”, also called ‘diquat dibromide’, as an additional ingredient in your Roundup product it may reduce glyphosate efficacy. It may actually work faster on the top of the plant, but won’t give glyphosate enough time to kill the whole plant including the roots. Diquat damages only parts of plants to which it is applied. Glyphosate kills an entire plant systematically. Best thing is to wait 7 days to see the effect.

Important: Don’t breathe the Roundup in, don’t swallow it and don’t spray yourself with it. Obviously, this is a given when using any kind of herbicide, but doesn’t hurt to keep it in mind.

How Long Does It Take For Weeds to Die After Spraying?

If using Roundup with glyphosate then it will take 8-10 days for the weeds to die off, depending on the type of plant.

Glyphosate takes time because it works through the plant’s root system. There are herbicides out there that can burn the stuff down to ground, but they don’t eliminates the roots. Glyphosate takes time. Might take longer, but you will get a better result.

When you use Roundup with diquat or other mixtures, they will damage the weeds fast but the roots will remain alive. Glyphosate works through entire plant, including the roots. If you want to make sure you’re completely getting rid of the weeds, then give it some time.

After a week or so, you can just pull the weeds out, mow down to the ground or apply again if needed.

How Long Does Roundup Stay in Soil?

Roundup (with glyphosate) doesn’t move into the soil, nor does it poison it.

One study found that it takes a few days, up to several weeks for 50% of glyphosate to degrade in a treatment site.

This means that after a few weeks, any significant amount of toxicity will be gone, and it should be safe to plant. This period mostly depends on the type of soil. Warm, moist and soils rich in organic matter show the most rapid degradation of glyphosate.

Roundup (assuming glyphosate) is non-persistent in soils, plants and water. This means that it gets broken down biologically in a few weeks, mostly for food by microorganisms.

How long after spraying can you plant? According to RoundUp specifications, it’s safe to plant ornamental flowers, trees and shrubs the next day, lawn grasses, herbs, vegetables and fruit 3 days after application.

Glyphosate is also unlikely to poison the groundwater, because it binds tightly into the soil. However, like any other product, it’s important for the environment not to overuse it, especially over a large area. Multiple, one-time treatment is fine. Excessive usage throughout the year may not be.

Why is Roundup with glyphosate so effective?

Because glyphosate works by killing the plants systematically. It goes into the plant through the leaves, then works it’s way into the root system of a plant. In addition, it doesn’t damage the soil so spraying directly into the soil will do nothing. This is why it takes a bit longer to work, so give it a week at least. Even if plants appear to be dead from above, the roots might still be alive.

If you used glyphosate only, then any toxic residue left in the soil after a few weeks is of no toxicological significance.

Roundup and Dogs (Keeping Animals Away from Roundup?)

Dogs (and pets in general) may be at risk if they touch or eat the plants, which are still wet with spray from products containing glyphosate. It takes 30 minutes up to 3 hours for all Roundup products to dry.

Pure glyphosate is low on toxicity, but most products containing glyphosate have other ingredients as well, which can make the product more toxic. Even though most chemicals are absorbed almost instantly, and the bonds formed within are solid, the animals should not chew the plants treated with Roundup.

It’s best to wait for a rain, before letting animals on the grass where Roundup was applied.

Roundup blocks a certain way for plants to produce amino acids, which are the building blocks of life. All animals get these amino acids from plants in our diet, so glyphosate has no known ill effects on humans. We simply don’t rely on producing these amino acids – we get them by eating other plants.

However, directly ingesting Roundup will make you sick.

Roundup (containing glyphosate) is less toxic than many other herbicides. Because it’s so effective, you can use it less than other types. And because it doesn’t spread into the soil, it will only stay inside the plant, which you can safely remove after two weeks.

Roundup Not Working? What to do?

If you think Roundup is not working, then first make sure you’ve waited at least 8 days.

Takes a week for plants to turn yellow, and after two to three weeks the weeds should be dead. If they are not, then apply again. Glyphosate is highly effective, it just needs time to work it’s way through the plant.

It may still be better than simply using a tiller, because the new plants can easily be choked out by weeds. Best to get rid of those weeds first.

If you still want to avoid Roundup, than you may need to burn certain types of weeds, otherwise they simply cannot die. You slice them in two, and you make two new weeds. Can be tiresome.

How Long Does Roundup Last?

RoundUp (Glyphosate) can be stored for about 4 years in it’s original container on the shelf.

However, after mixing with water, Roundup should be used in a reasonable length of time, or the glyphosate can form a sort of a jell in the sprayer. But even in this form, you may still use it for its intended purpose.

Therefore, in general, Roundup doesn’t expire or go bad for at least 4 years.

How Much CPU Usage is Normal?

How Long Does It Take to Adjust to New Glasses? 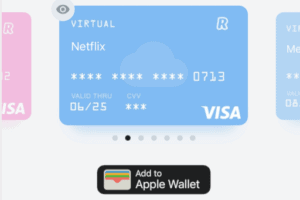